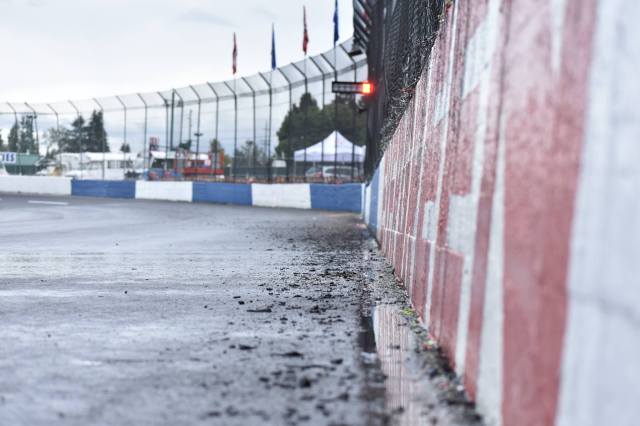 Age 23 has a moniker, “nobody likes you when you’re 23.” Finding acceptance is like jumping through a fire, not knowing the implications it’ll produce.

Nobody likes you when you’re 23.

Not “Year Jordan,” but that phrase has a stigma. I don’t get why this came to be, nor would I care to know because I’ll be turning 24 tomorrow (Year Gordon).

Turning 23 wasn’t great a year ago because it was such a dark and gloomy sunny afternoon. The Las Vegas shootings from the night before marred it, knowing a few high school colleagues were there on that tragic event, and fortunately survived. But it was simply a bad day as a fan of music and racing.

Tom Petty passed away that Monday afternoon. A tremendous artist, that I’ve played some of his songs during my KUOI days. Then later that night, Robert Yates also passed on. Great mechanic and set the tone for what Ford has and later become from the engineering department in NASCAR.

With those three instances carrying weight, and the fact I’ve had a miserable 2017, there was no reason to celebrate. Pardon my language, but it fucking sucked.

I didn’t knew about the stigma until a few months later and it felt that way with certain people I’ve once held in high regard. Not such that, the opportunities began slipping away and had no choice but to focus on brutal, mundane jobs to keep my financially afloat.

Fortunately, whether I like it or not, it’s has allowed me to find motivation towards my passion for writing and photography as a freelance or staff member for Motorsports Tribune.

Sadly, videography has been abandoned. Not by choice, but I need better equipment to do this. I haven’t done a true, legit and organic video since last October when Granite Falls beat Kings.

The tribute video about Mt. Triumph was just clips from 2015 and a few new ones by Kam. That’s all. I’d love to do more videos, but writing and photography have become priorities of mine on any given on-assignment or project I’ve done.

While enjoying shooting photos and writing what I love most, which is auto racing, it was a tiresome year, both mentally and emotionally.

In the span of a year, I’ve been having more cold symptoms than ever before, including right now. I’ve struggled figuring out who’s really there to support me, and for those who I’ve lost, what led to the downfall?

I’d love to know why, but lack of explanation from people, not knowing that sometimes, struggles happen. I’ve never sugar coded my struggles because it’s not always sunshine and rainbows. That is a fact!

Above anything else, it validated that not everyone will like you. In this day in age, if you’re not in a serious relationship (let alone married or have child) or owning a car or doing what you love that adds digits to your bank account, nobody cares about a sodding workhorse.

I’ve known this for years, but it literally took me until age 23 to understand this cruel reality. I hate it, but it’s just part of my journey.

Just because I’m covering NASCAR and IndyCar races on a frequent basis, it hasn’t been easy. Thinking covering racing for a promising website and great staff writers, my ego kicked in that I’d be an overnight sensation. It wasn’t the case and had a few angry moments. Who hasn’t been angry in their careers?

It takes ton of work and who has an eye on your work to climb the ladder, and it’s just my first year writing for a publication. Sometimes I had to pause and say, ‘it’s just your first year.’

Being a part of the Tribune at 23 has allowed me to make a small name for myself and have kept an eye on stories people may not noticed. Covering those races at Sonoma, Portland, Evergreen and Meridian, there was a lot of great stuff I’ve covered and that’s what I thrive for, capturing those stories.

Sonoma (NASCAR): Kyle Larson’s passion for dirt racing, which fans has given him hell for which is bullshit. Hearing his press conference validated why I’m a huge fan of his, versatility is admirable.

Justin Marks, who made his final NASCAR start Sunday at the Charlotte Roval, wants to climb Mt. Everest and has a passion for outdoors since he was a kid.

Evergreen (K&N West): Armani Williams, the first openly autistic driver in NASCAR, is a great kid that I wish him well of making it because he’s a true case of doing what you love without others getting in his hay.

Portland (IndyCar): A long Saturday had a positive ending for Sebastien Bourdais’ “Frankenstein” machine as he qualified into the Firestone Fast Six after crashing his car during final practice. This one in particular, it was a make it or break it story, and fortunately it worked out that he had a solid qualifying run and got the story I wanted to cover.

Alfonso Celis, Jr., former Force India test driver, hasn’t had much seat time in a car all year, but outside of that, I’ve learned how passionate he was about soccer. I kept the latter minimal because it’s a nice OTR tale to hold on.

Sonoma (IndyCar): Harding Racing’s Pato O’Ward was a trailblazer in his IndyCar debut, from qualifying fifth and ending up eighth in the race. It was a sight to see and have confidence that we’ll see a talented Mexican driver in IndyCar.

Meridian (K&N West): I mean come on. Nine months into my professional journalism career, and I already covered a historic event?

That’s quite humbling because not many cover regional races. It was Derek Kraus’ race until the very end, and then Hailie Deegan won her first NASCAR race, all in under 70 minutes. This is what makes my gig joyful and certainly increased my interest in racing.

Heading into age 24, I feel that the longer I can go, the better following I’ll gain and soon enough, I’ll be doing what I’ve wanted to do on a regular basis. That’s my ultimate goal.

If you look at my social media accounts, I have a saying called “Fighting for Acceptance,” because that’s been my entire life. Acceptance has been hard to come by, more so since graduating from Idaho in 2016.

Even the ones I’ve respected post-high school, I’ve lost over time. At the same time, I wasn’t really the nicest person to deal with because I wanted to be great. But being great doesn’t mean pleasing others all the time.

My biggest weakness is pleasing others. For years, I was a people’s pleaser. Do something right, all is good. However, one bad moment, I’ve failed them and beat myself up for it. Now that isn’t much of the case because I have to stand up for what’s right, and if it’s huge gamble, I’m willing to conquer it.

That’s just life. Sometimes, it’s hell trying to get to heaven, and that’s how I view my life after going through age 23.

I said ego a moment ago, but being 23 has humbled me. It’s odd seeing a few of my posts blow upand see the amount of likes retweets because those are unexpected.

I don’t gloat about it when it happens because it’s just me at 23. Back in the day, I’d be all over it. Now, I just savor the moment and years from now, those unexpected blow ups will be as memorable.

To the point where I may say, ‘feels like yesterday that the “Frowny” car by Alex Bowman became viral in the racing world.’ 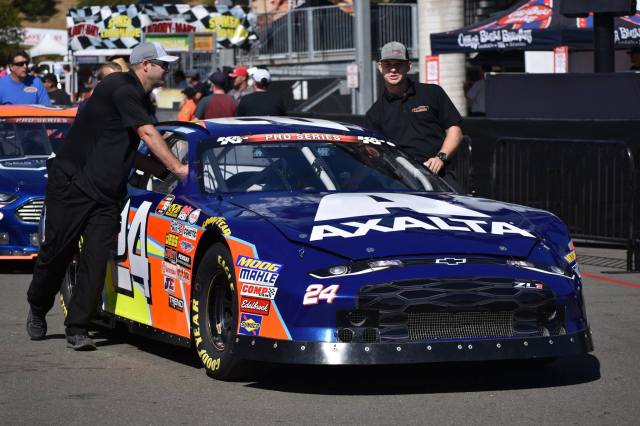 Outside of racing, what 23 has taught me was going with my gut. Photography has grown to be a passion of mine once again. I lost it in high school, to the point of non-existent at Idaho, but this past year, I want to make a nice living on photos as well.

Photography has its challenges, from capturing fast cars within a restricted confines to workouts, it makes for a fun learning curve. Going forward, I’d love to expand and put my foot in the door on photography and what I’ve done is a good start. 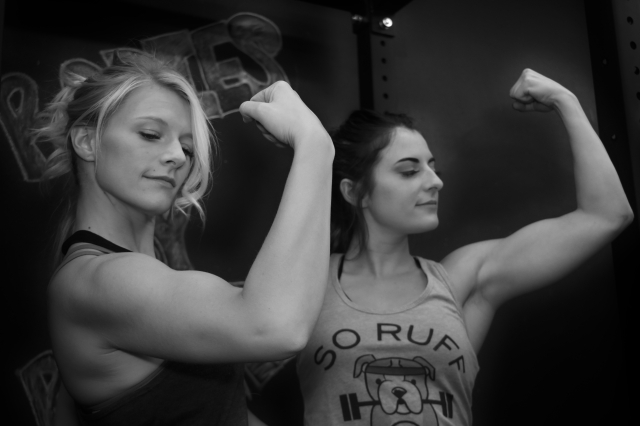 It was growing pains at 23, but I’ve learned a lot since that gloomy October 2, 2017 afternoon. The passion of what I love has risen, the risks I’ve taken to get to where I am was blissful, and of course, understanding adulthood a lot better.

I may be single in the “Summer of Love 2.0,” and still looking for the perfect timing of learning how to drive to elevate my career stock, but for what little I got, I’ve hit homers. 23 may have sucked in some levels, but I still found ways to make it memorable. Damn sure did a lot more positive than negatives at 23 than 22.

Now heading into 24, I look to continue growing and understand that acceptance will come. Don’t rush it, patience is key. Those who are there will be there, and those who have given up, oh well.

Like I’ve said, doubt me if you insist, prove me wrong if I give consent.

I'm a graduate from the University of Idaho, currently pursuing the dream of becoming a motorsports media personnel. View more posts